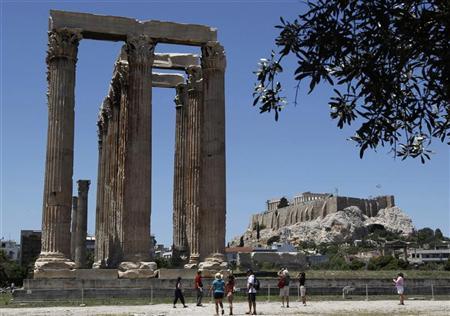 (Reuters) – Tourists could help steer Europe out of economic turmoil as the European Union works on plans for more support to the tourism industry — as well as attracting more visitors.

Europe is the No. 1 destination for international travellers, led by tourist hotspots Spain, France, Italy, Germany and Britain. The EU is working on ways to bolster the sector, which it estimates contributes more than 500 billion euros to the EU’s gross domestic product.

That amount doubles when related industries such as transportation, culture and construction are included.

«This lead position must be reinforced by tackling the challenges created by, firstly, greater global competition and a market demand that is continually changing and, secondly, the need to ensure increased sustainability,» Carlo Fidanza, an Italian member of the European Parliament, said in a report approved by the parliament’s tourism committee last week.

Fidanza said the way for the EU to «win a global challenge together» is to market Europe as a unified destination, rather than pitting member states against one another, as well as providing more resources to tourism in the next decade.

The European Commission began work last year to create European travel information websites in different languages, beginning with Chinese, to lure more visitors from non-English-speaking countries — something the EU saw as a step towards revitalising its economy.

«The European Commission wants to be the trailblazer working to breathe new life into this vital sector,» EU commissioner Antonio Tajani told reporters at the time.

Nearly 10 million EU citizens are employed in tourism and another 10 million work in tourism-related sectors.

Those 20 million jobs are especially significant given that the EU’s unemployment rate has been hovering above 9 percent for the past two years. One in five people is without a job in Spain — a leader in tourism, but which has been hit hard by the global downturn. It is the potential for growth and employment the EU could tap into.

«In addition to pursuing the integration and development of less-developed regions, it can contribute to growth and sustainable development in EU countries,» Fidanza said.

In the countries hit hardest by economic difficulties — Greece, Spain, Portugal and Ireland — tourism has been on the rise since the beginning of 2010, the European Travel Commission reported.

The number of visitors in Europe peaked in 2008 with 370 million international arrivals but tourism suffered across the continent with the onset of the recession. The European Travel Commission, which works with national tourist organisations in 36 countries, reported slow increases in travel last year and says it expects 3-4 percent growth through 2012.

However, it pointed out that a debt default — as some investors believe could be the fate in store for Greece, for example — would have a huge impact on the travel industry.

For the EU, encouraging growth in tourism involves a new marketing plan that includes creating a «European label» that would promote member states as a unified tourist destination as well as increasing financial support to the tourism sector. Both strategies are part of the plans devised by the European Commission and the Parliament’s tourism committee.

The EU began creating a framework to grow and sustain tourism in 2007, and the Commission now has 21 proposals to aid the sector, in addition to Fidanza’s plan.

They include monitoring visitors’ satisfaction with different tourist services, developing strong tourism relations with China, Russia, India, Brazil and Mediterranean countries and promoting Europe as a destination on visiteurope.com. 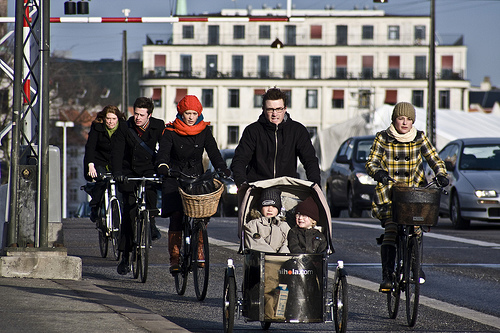 In an age where Washington doesn’t seem capable of dealing with any major structural problem, cities have become the most exciting laboratories for policy. Endowed with a unique electorate, things can happen at the local level that aren’t possible at the national or even state level. And because there are a lot more cities than there are countries, many more minds in many more environments are trying to solve the basic problems humans face all living together: Where do we get energy? What do we do with waste? How do we keep the air clean? How will people get around?

Today at the Aspen Ideas Festival, Siemens and the Economist Intelligence Unit unveiled a new tool for city planners. The U.S. and Canada Green Cities Index took 27 cities and scored them on CO2, energy, land use, buildings, transport, water, waste, air and environmental governance. A report accompanying the rankings looked at individual policies and factors that helped shape the cities’ scores.

On the top line, the results aren’t shocking. San Francisco led the list, followed by Vancouver, New York City, Seattle and Denver. The cities with the lowest rankings were mostly in the old rust belt. The bottom five were Pittsburgh, Phoenix, Cleveland, St. Louis and (in dead last) Detroit. The full list follows the gallery, which shows the cities in alphabetical order. The graphics illustrate the components of the city’s overall performance.

I think the granular data available from the study is more interesting than the topline results. Take Atlanta’s water situation. The city’s score is middling, but the details are fascinating. Atlanta does exceptionally well restricting water consumption per capita, especially for a town with its weather profile. That’s a good thing because Atlanta has been wracked with droughts over the past few years, a problem that may get more severe as the climate gets weirder and the population continues to grow. But get this: Atlanta loses nearly one-third of its water due to leakage! That’s far above the city index average of 13 percent and unthinkable, given the city’s water problems. Atlanta’s losing so much water because of an aging infrastructure that hasn’t been fixed.

All these problems we talk about at the abstract level on the national stage — air quality, water, infrastructure, energy — are embodied in our cities. If you’re Atlanta’s mayor, you ignore water infrastructure at your peril. On the positive side, other cities across the world are also facing crumbling infrastructure and coming up with creative ways to finance their renewal. The new report has dozens of examples of problem solving at the city level.

Siemens and the Economist Intelligence Unit have actually put out several similar reports for other parts of the world: Europe, Asia, and Latin America. Sadly, data problems prevent the lists from being mashed up into global rankings. One thing we do know, though, is that density is the lever that makes sustainability easier, and U.S. cities aren’t dense. So, it’s likely that American cities would have a hard time beating comparably sized cities in Europe, say.

And finally, this isn’t the first green cities ranking, nor is it the only one. But it strikes me as significant that one of the largest companies in the world is now putting out this kind of list. the muscle lining up behind a future that uses less resources, produces less waste, guarantees cleaner environments and reduces the derangement of the atmosphere can be shocking.

As the futurist and seer Bruce Sterling said back in 2007: «‘Corporate Green.’ Get used to this. It’s what’s for breakfast, lunch and supper. You’re going to get Corporate Green whether you like it or not.'» Luckily, I suppose, I like it.