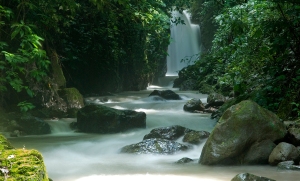 Escazú, San José, Costa Rica, September 13, 2011. (100-SD). On Wednesday, September 6, SETENA’s Plenary Commission approved the environmental viability of La Chonta Nature & Eco Adventure Park, the world’s first ecological theme park conceived with a 100% sustainable philosophy and a business model based on the «3P» principles (People, Planet and Profits). The project, which entered the environmental evaluation stage in late 2009, and whose Sworn Declaration of environmental Commitments will be presented in the coming days, is an initiative of a Costa Rican company with North American financing, Eco Logic Developers International. 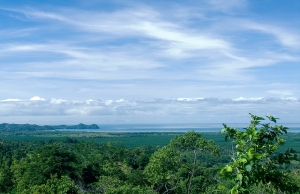 The park, which will be constructed in the canton of Parrita and will contribute to the economic revitalization of the central Pacific area, is focused on the themes of forest protection and enjoyment of nature. In the words of Jorge Segura, president of 100-SD (the company in charge of the project’s planning and development since its initiation): «La Chonta is a theme park which will offer attractions for tourists of all ages, both local and foreign, who want to enjoy eco-adventure activities and learn about environmental conservation and the Costa Rican culture. Tourists of this type, who represent the most important market segment among visitors to Costa Rica, want to see that the money they spend in our country contributes to the development of the region they are visiting, as well as to protecting the environment.»

Due to its operational complexity, the park’s planning stage took three years. The concept in itself is unique, offering a broad variety of adventure amenities; activities aimed at appreciating nature; ongoing environmental conservation, education and research activities; cultural and learning programs; activities aimed at promoting contemplation and the enjoyment of nature; and a spa with low-impact lodging.

It should be noted that La Chonta was declared a project «of municipal interest» by the Municipality of Parrita in April 2010, thanks to the socioeconomic impact that will be produced by its construction and operation in this canton. Among these benefits are the creation of more than 150 permanent direct jobs and 500 indirect jobs, the generation of opportunites for local entrepreneurs, the implementation of revitalization programs for nearby communities, the use of fair trade and employment practices, improvements to public service infrastructure, and the launch of Parrita as a tourist destination which will be promoted on the international level, etc.

With this project, Eco Logic Developers International and 100-SD seek to exercise a positive influence on the business development model followed by the Costa Rican tourist industry, demonstrating that it is possible to include ongoing investments in environmental protection and community development as intrinsic and fundamental elements of a company’s business strategies. According to Teresa Bueno, representing the investors: «We want to stand for action and change, and to demonstrate that there is no need to destroy the environment or local communities in order to achieve business success. Credibility is fundamental for our investors, and because of this we are seeking to achieve the highest level of certification in sustainable tourism (CST) with the ICT, as well as obtaining international certifications in carbon neutrality and fair trade. Sustainability is our commitment to the investors, Costa Rica and the people of Parrita, and we are determined not to let them down.»

La Chonta was designed and will be built by 100% Costa Rican companies, mainly independent professionals and small or medium-sized enterprises. As Jorge Segura, President of 100-SD and Project Director, states, for his part: «Sustainability is in the blood of Costa Ricans, and for this reason finding people who value and are committed to this vision is fundamental when we are contracting suppliers. As a consulting business, our creed is Sustainable Development, and in this activity it is crucial to have the commitment of suppliers, clients and the personnel of the companies or projects involved in order to have success.» Referring to the team of developers, Ms. Bueno states: «I feel proud of all of the members of the project development team; the commitment demonstrated by these Costa Rican professionals has resulted in outstanding performance, and this shows us that the investors’ decision to rely on Costa Rican companies was a good one, and it will allow us to achieve success.»

Eco Logic Developers and 100-SD are in the process of negotiating the financial structure which will allow them to begin construction work in mid-2012; on this schedule, the park will open its gates in late 2013 ###.