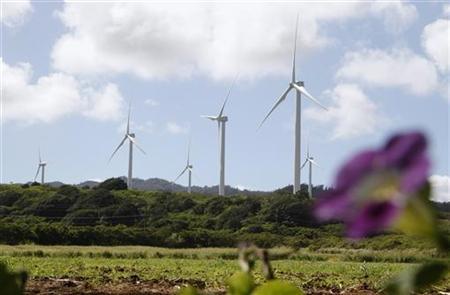 Renewable energy technology is becoming increasingly cost competitive and growth rates are in line to meet levels required of a sustainable energy future, the International Energy Agency (IEA) said in a report on Wednesday.

The report also said subsidies in green energy technologies that were not yet competitive are justified in order to give an incentive to investing into technologies with clear environmental and energy security benefits.

The renewable electricity sector has grown rapidly in the past five years and now provides nearly 20 percent of the world’s power generation, the IEA said during the presentation of the report titled Deploying Renewables 2011.

The IEA’s report disagreed with claims that renewable energy technologies are only viable through costly subsidies and not able to produce energy reliably to meet demand.

«A portfolio of renewable energy (RE) technologies is becoming cost-competitive in an increasingly broad range of circumstances, in some cases providing investment opportunities without the need for specific economic support,» the IEA said, and added that «cost reductions in critical technologies, such as wind and solar, are set to continue.»

«The portfolio of RE technologies, which includes established hydro power, geothermal and bioenergy technologies is now, therefore, cost-competitive in an increasingly broad range of circumstances, providing investment opportunities without the need for specific economic support.»

But the IEA also defended subsidies in renewable energy technology as a necessary means to create a clean and independent energy supply system.

In the past, the IEA has been criticized by environmental groups for underplaying the role of renewable energy technologies in favor of nuclear and fossil-fuels.

«Where technologies are not yet competitive, economic support for a limited amount of time may be justified by the need to attach a price signal to the environmental and energy security benefits of RE deployment,» the report said.

The majority of renewable energy growth is taking place in OECD countries and in major emerging markets like China, India and Brazil.

The report said «the OECD was the only region where the deployment of less mature technologies (such as solar PV, offshore wind) reached a significant scale, with capacities in the order of GWs.»

Most OECD countries have large-scale subsidies in place in order to develop renewable energy technologies.

The IEA the renewable energy sector had grown by nearly 18 percent between 2005 and 2009, and this growth was evidence it could deliver the intended policy benefits of improved energy security, greenhouse gas reductions and other environmental benefits, as well as economic development opportunities.

«Each of the sectors has been growing strongly, at rates broadly in line with those required to meet the levels required in IEA projections of a sustainable energy future.»

Other renewable electricity technologies have grown by nearly 74 percent between 2005 and 2009, it said.

«Wind has grown most rapidly in absolute terms and has overtaken bioenergy. Solar has grown at a growth rate of 50.2 percent (CAGR), and installed capacity reached about 40 gigawatt (GW) by the end of 2010,» the report said.