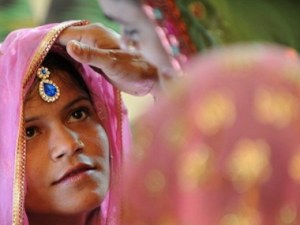 The district collector on Tuesday called for sensitisation of students for tourism development in Aurangabad. Vikram Kumar said students should be taught significance of monuments and historical places and the need for their preservation to help build ‘Brand Aurangabad’. He was speaking at a meeting organised by the Confederation of Indian Industry (CII).

«All tourism activities – holidays, business travel, conferences, adventure travel and ecotourism – need to be sustainable. Sustainable tourism is defined as ‘tourism that respects both local people and the traveller, cultural heritage and the environment’. It seeks to provide people with an exciting and educational holiday that is also of benefit to the people of the host city,» he said.»Though we are not missing the arc completely, we still we need to pull up our socks to encourage the sector,» he said.

Kumar also expressed concern over lack of adequate rainfall for the third consecutive year and said that it is also one of the factors that have affected tourism in Marathwada particularly in Aurangabad which houses two world heritage sites Ajanta and Ellora apart from numerous other monuments.

He expressed fear that the airport coming up at Shirdi may result in diverting tourists from Aurangabad to other places. «It is seen that people who come to Shirdi usually keep Ajanta and Ellora in their itinerary,» he said. He said that poor connectivity and improper infrastructure was also discouraging tourists from visiting the city.

«The Rs 1,500-crore project of widening the Aurangabad-Paithan and Aurangabad-Sillod road to four-lane is on the anvil. Moreover, a ring road has been planned to de-congest the city. Low-cost housing would help people migrate from other places to boost the service sector.»

He also said that the DMIC project will bring in corporate industry, which will in turn give a big push to tourism in the region. «The planned futuristic city will present a new Aurangabad in the next 5-10 years,» he said.

«The Ajanta and Ellora visitors’ centres (replicas of the world famous caves) are slated to be inaugurated in mid-September. This will add another feather to the city’s cap,» he said.

He said, «The district administration would look into introducing new vistas and revive old traditions in the city. NGOS, stakeholders, industrialists and other organisations are welcome to take up projects to boost tourism and the administration would extend all help to them. A single window system for issuing tickets would be implemented immediately.»