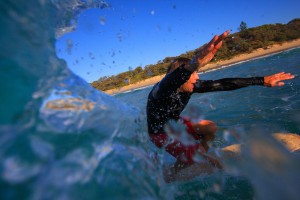 JAPANESE property developer Sekisui House is eyeing a major redevelopment of beachfront land at Yaroomba which it hopes will eventually draw an additional $120 million annually into the region’s economy.

The company was now looking at the potential for a hotel, retail and residential mix to best exploit the value of the unique site.

However, the scale and total build cost had yet to be determined and would depend on what the Sunshine Coast planning scheme ultimately allowed.

“Whatever we do will be in keeping with existing development and would not impose on the site,” Mr Aldridge said.

“The view lines and visual aesthetics will be maintained. It will be a well-staged project constructed over time.”

Sekisui House, which entered the Australian residential market in 2009, has built two million homes in Japan and across the world since 1960.

It has a strong focus on carbon-neutral, low-energy construction.

Queensland Premier Campbell Newman said the company’s plans could not have come at a better time.

“My government has prioritised tourism as one of Queensland’s four economic pillars and the international market has responded,” he said.

“The development would create jobs during the construction phase of the project, not to mention the ongoing operational jobs that would follow.”

Sekisui House Ltd chairman Isami Wada said he was keen to move ahead with the proposed “Living with Nature” development as soon as possible.

Technical reports are expected to be lodged with council soon.

“It will lift confidence and unplug the dam holding back investment,” Ms Simpson said.

Company officials were reluctant yesterday to discuss specifics. Toru Abe, CEO and managing director of Sekisui House Australia said it was working with the State Government and Sunshine Coast Council to investigate future options for the site.